Club Catch - up (not ketchup)!

It's kind of hard to keep up with all the stuff that's been coming in recently; I wonder why! You mean with all the free time on hand, as we put our lives on pause because of "covid 19", our better halves haven't been able to fill up our lives with all those domestic chores that have been waiting for attention. God bless 'em, we can still slip away to the shipyard. This blog is a potpourri, a teaser, that covers several goings-on in the yards.

Bob sent in a veritable barge full of images taken during the building of his lobster boat. I'm thinking of updating of updating an earlier blog to include several more from his collection but, before that, I have to get to grips with a new editing program for this site. I fully intend to do the update (I really do). But, in the meantime here's a fun update for the boat. How do you like the fire extinguisher, the pot winch, the anchor, exhaust stack, and especially the lobsters (I think there should be a few more, they look so good)?

Ray has been working on his model of the USS Constitution (ca. August 1812). Yes, it's a labour of love, but only during the cold months. As a car enthusiast as well, his priorities will soon be drifting elsewhere. Nevertheless, what a beautiful job he's making of painting the hull, and those copper plates on the bottom look incredibly realistic (with just the right thickness of paint so that detail is not obscured). Ray says that the next steps will be to work on the captain's cabin and the transom with detailing and painting. You may remember from an earlier blog that Ray showed his fine work, finishing the ship's cannons; they are ready for mounting and rigging on the main deck (but may be that will have to wait).

It's a pleasure to report that Jeremy has been able do some more work on his Ashville class destroyer. The motors are in, the dog bones (courtesy Clair) have been made and fitted, and he's back in the yards (shipyard and the garden)! As he says "Right now I'm finishing up the detailing of the 100-odd bits of the deck hardware, some of which are quite small (lights, bollards, guns, etc.) and require a lot of hand work due to the metal sprue from the casting. I even managed to give myself a manicure with the Dremel, but that's another story. Of course, when I'm able, I give some thought to the Bluenose II and the rehab of the Bankerk. Good thing I don't have a real job to go to!!!"

Guess what you guys, there's some really serious competition coming to those working on dioramas. How do you like these pics from Edward! Yes that's a corvette fighting it's way through some true North Atlantic weather. FYI, here's a bit of background provided by Edward "Photos were shot outdoors on a sunny day to capture the shadows on the deck of the ship and shot with an iPhone 8. The spray effect over the bow is created using cotton balls that have been stretched and applied with white glue on the base. The water effect base is done with tissue paper, white glue, and the use of the back of a small plastic spoon to get the waves and to sculpt around the ship. A variety of tints of blue were used from light to dark to give the effect of depth. White paints were used for white caps using dry brush technique. The ship’s hull was traced onto a one inch thick piece of foam core. The foam core was then cut out and effects done before placing the ship". Thanks for these comments on the construction.

And what have I been up to? I guess my problem has been to make up my mind on what to build, next. With a place full of "boaty stuff", I'm torn between the need to down-size and the wish to get back into the yard. Thanks to John H., my interest in "Tanac" tugs was rekindled last year; I guess we shared a common interest but from different directions. I was very familiar with the "Lac Erie" (McKeil Workboats, working out of Hamilton, but now scrapped) and finally decided it was time to do something about building again. Some useful information is available from the Russel Bros., web site archive. But on its own, it's not enough to develop the hull lines. Fortunately, I have some lofting experience and a few personal photos to help, in addition to other sources on the web. It is surprising that so little information about this class of workhorse naval tug exists. They were built in Canada and used around the world during WW II; It's almost as if they have become a ghost ship .............. known but not known! Anyhow, my first task has been to develop a set of hull lines (with quite a bit of trial and error) suitable for a 1:40 scale r/c model. That's where I am at now (there maybe be some further revisions) and I think they are near enough to work with; time will tell. 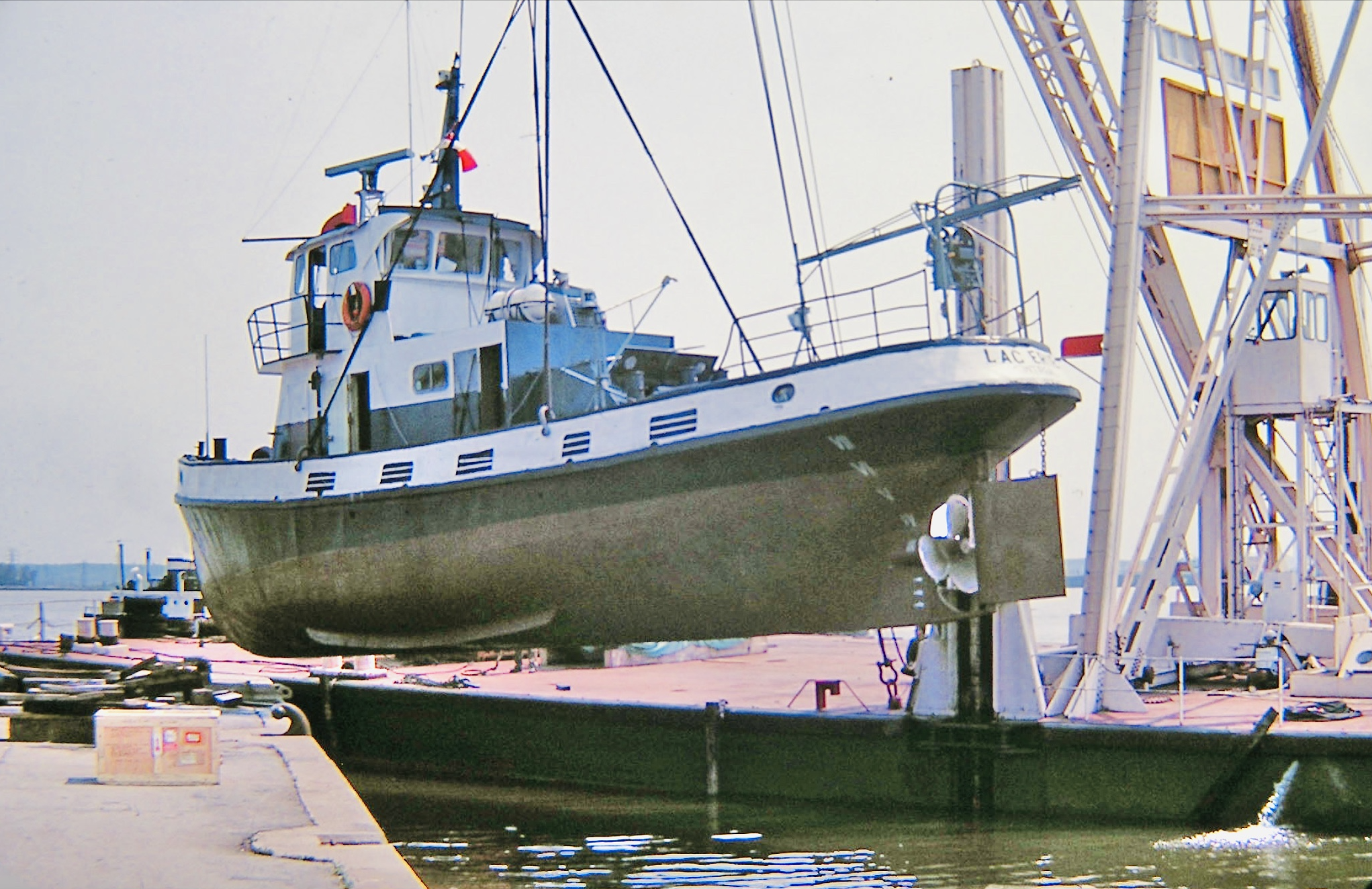 Lovely Weather For The Pond

June 27th was Freedom Day, at least at the Pond!

A Model to revive old memories

A Replica from Bob of past craftsmanship